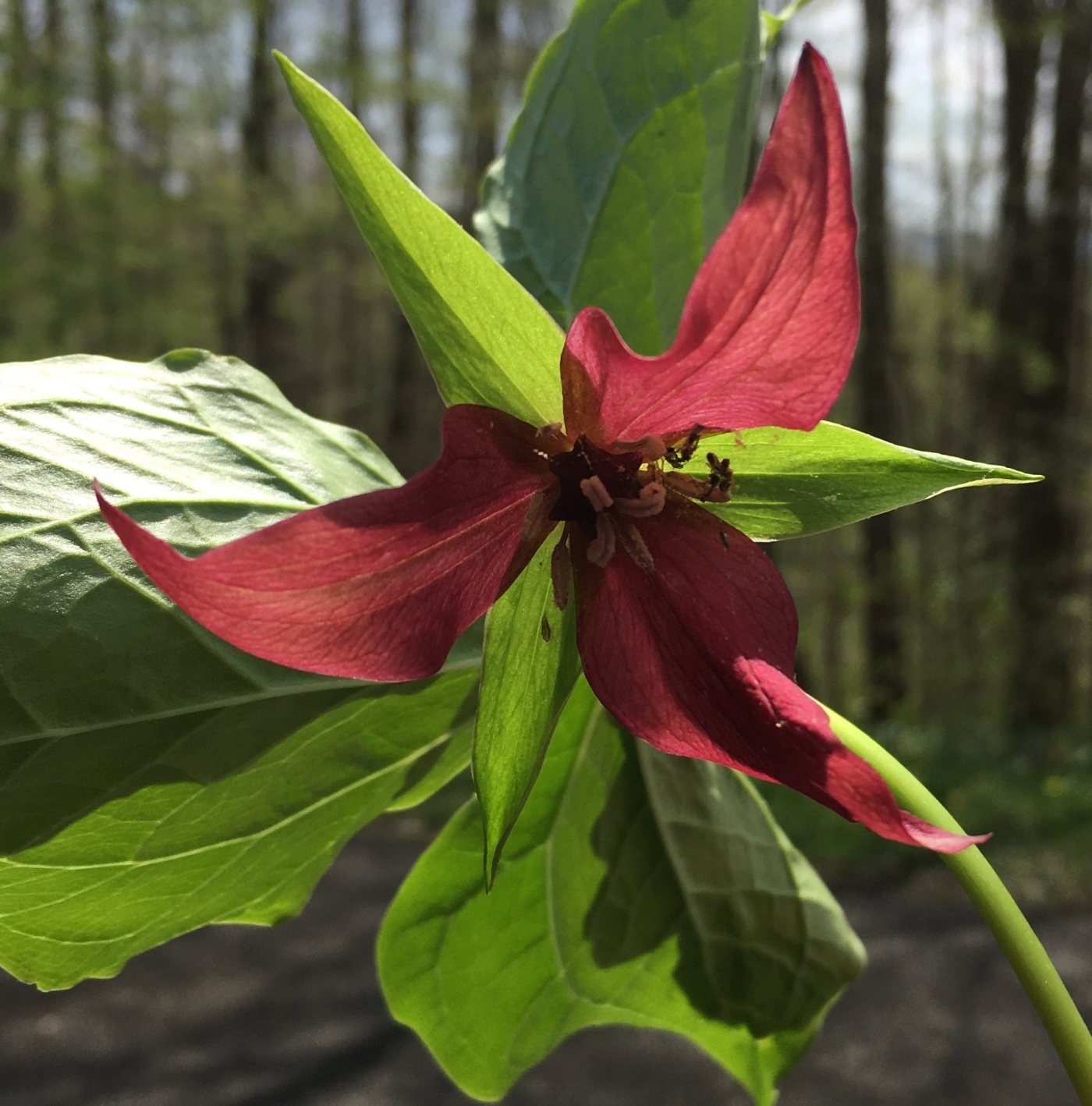 Hello again!  I know I’ve been away from the blog for a while, but rest assured that I have been keeping busy – learning, doing, and spending quality time in nature!  It’s such a wonderful time of year, and I am like a kid in a candy store, stopping for every plant, wanting to see everything, and wanting to know what everything is!  It’s hard to find the discipline to sit at a computer after such a long winter…

Rob and I just returned from a week-long road trip to visit friends in southeastern Ohio. On our way back, we stopped in the Monongahela National Forest for a few days of camping.  Our mission, the entire time, was to search for and try to identify edible mushrooms and greens.  We wanted to find morel mushrooms, ramps, and stinging nettle, but searched in three states without success.  I knew we would be lucky to find morels or ramps, but the lack of stinging nettle was surprising.  We searched a variety of different habitats, and could not find a single stinging nettle plant.

I am going to be shocked one of these days when nature does finally “gift” me with a nettle sting!  I can’t believe I’m looking forward to it!

We did find purple dead nettle everywhere we looked, and stumbled upon plenty more when we returned home.  “Dead” refers to the fact that it does not have a sting, so it’s a little friendlier and can be eaten raw, unlike stinging nettle, which has to be cooked or dried to remove the sting.  Both are highly nutritious, with high levels of vitamins A, C, and K, as well as the vitamin B complex, iron and calcium.  Medicinally, they are often used interchangeably, especially with regards to allergies and liver health.  I’ve gathered quite a bit to dry for when it’s not so abundant anymore.

Even though we didn’t find morels or ramps, we did find other edibles, which kept things fun.  Rob is better at spotting things than I am!  We found pheasant back and oyster mushrooms in Ohio.  We also found wild onions, three of them, which we were excited about, but it turns out they’re very common and our friends had them growing wild in their yard.  It still counts though…we found ours in the woods, and it’s still foraged food!

In West Virginia, we camped near Spruce Knob, the highest point in the state, and that was where we found fiddleheads!  Fiddleheads, the young shoots of the ostrich fern, are edible and only available for a few weeks in early spring.  However, they have to be rinsed in several changes of water before cooking to reduce the risk of food-borne illness from unidentified toxic compounds.  That’s kind of a pain when camping, so we left them…

I haven’t seen many fiddleheads locally and assumed that they were more of a northern treat, so it was a surprise to find them so far south.  Spruce Knob’s elevation creates a microclimate which more closely resembles the northern US or Canada, so I’m thinking that has something to do with our find.  I’ve never tried fiddleheads, but they are considered a “culinary delight,” so I will have to remember to look for them next spring.

Less than an hour away is Seneca Rocks, which was on my list of things to see.  The rocks were impressive, and definitely warrant a return trip for climbing.  When we stopped to explore the area, we found the Sites Homestead, which is a historic reconstruction of a home built in 1839.  Around the home were several gardens…including a medicinal herb garden!  I had a wonderful time looking at all the different herbs and it helped me identify some of the plants growing in my own area.  I would love to have something similar in my own yard someday! 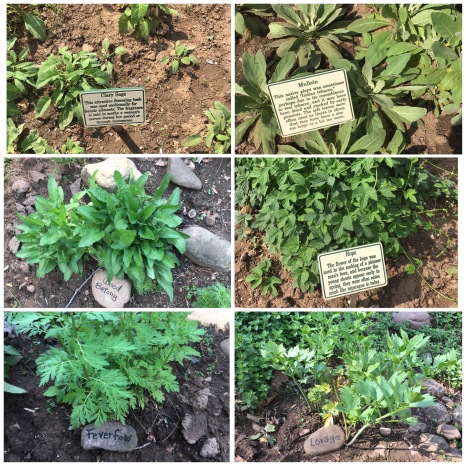 Our trip was full of pleasant surprises and special places.  Nature is truly amazing and reveals herself in both subtle and spectacular ways.  While exploring the trails at Spruce Knob, we found a beautiful, grassy boulder field which seemed completely out of place on the mountain top.  Although it was pretty windy up there, the sun was shining and I had my rock climbing shoes with me.  It was almost surreal, bouldering on an isolated, sunny knob, watching storms pass on all sides while missing us entirely.  (We did get hit with several showers and one storm, but we were back at our campsite by then).  And, we were completely alone! 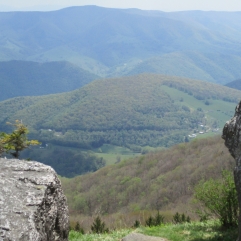 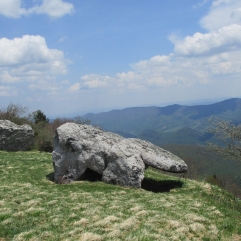 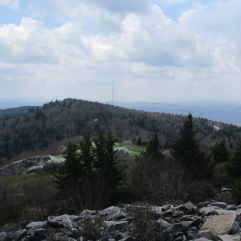 Boulder Field in the distance.

We chose scenic routes over highways, so even the drive was pleasant.  We had very limited cell phone service (next to none in WV), which meant real world intrusions were kept at a minimum.  The routes also had no rest stops, which led us to discover two different state parks – Ohiopyle State Park in PA, and North Bend State Park in WV.  Both are stunning places, which we found by chance (and necessity) and had mostly to ourselves.

It was a calming, rejuvenating vacation.  It was also our second trip to the area in less than a year, and I’m really falling in love with West Virginia.  It’s such a beautiful state and there is so much to do for people who love the outdoors.  “Almost Heaven” is a fitting description.

We’re planning on heading back in the fall and I can’t wait…in the meantime, beautiful weather is finally here and I’m going to enjoy every minute of it!

Have a wonderful day and thank you for reading!